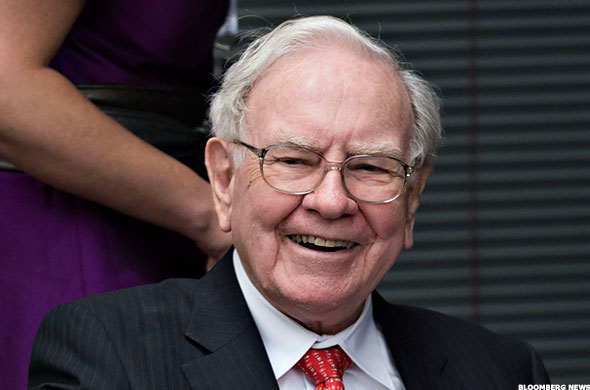 Warren Buffett, CEO of Berkshire Hathaway and third wealthiest person in the world, celebrated his 89th birth day in August with McDonald’s for breakfast, ice cream for lunch, and candies and Coca-Cola all around.

Oh, wait, no. That’s just his average every day diet.

Buffett is notorious for literally putting his money where his mouth is, as he has purchased both See’s Candies and the Dairy Queen franchise all because they were his go-to snack foods.

“I checked the actuarial tables, and the lowest death rate is among six-year-olds. So I decided to eat like a six-year-old. It’s the safest course I can take.” – Warren Buffet

It could be a rare case of superior genetics that allows his body to break down the high-salt and high-sugar diet to keep him happily skipping well above the US average life span.

But it’s also likely that it is merely the reduction of stress on Buffett’s part that is not inhibiting his metabolism. Even though all his assets rank at Top 3 in wealth in the world, Buffet still keeps things simple, using coupons to buy lunch for Bill Gates, and still living in the same house he bought at 28 years old in his hometown.

“My life couldn’t be happier. In fact, it’d be worse if I had six or eight houses. So, I have everything I need to have, and I don’t need any more.” – Warren Buffet.

It appears Buffett makes money just for the hell of it, but he has clearly checked off all of the boxes on Maslow’s Hierarchy, and a minimalist mindset only maximizes the enjoyment of the bigger expenses he can make on his billionaire budget.

Surely, you may think Buffett could drop dead any day now, but Richard Overton, who was America’s oldest war veteran, living up to 112 years, was notorious for smoking a dozen cigars and drinking whiskey on his porch daily, and capping the night off with ice cream.

It seems ever since the Government got involved with dietary standards, people have been getting sicker, with obesity, heart disease, and cancers running wild.

This has led to a Wild West in the health and dieting world. But while the Vegans and Carnivores are at each other’s throats, and everyone in between are claiming to be the best diet for health and longevity, more and more of these quirky elders and centenarians are showing up defying the odds with their “whatever you want” dietary plans.

It truly begs the question if a healthy mind is really the starting point to achieving a healthy or long-lasting body.

“If somebody told me that I live a year longer by eating nothing but broccoli and asparagus from now on…every day will seem like as long. I’ll stick with the Cheetos and the Coke.” – Warren Buffet

So, what’s my prescription?

Well, “everything in moderation” used to be pretty solid advice, but these outliers seem to throw that out the window.

Maybe Buffett, Overton, and others are exceptions to the rule, and we shouldn’t use them as prime health examples.

But I suppose what can be learned from them is to keep it simple and stress-free. It appears stress is the factor that ages you the fastest, as we can remember the pictures of Bush Jr. and Obama before and after their 8 years in office, and it looks more like they served 20.

Should we just focus on meeting all of our needs?

This is just one example for it, but truthfully you could be even simpler: Whatever you need to do to be stress-free is the most important thing.

If you are sick, then by all means help your body to recover and be strong enough to be able to enjoy the sweet foods you would like to have by focusing on health and immunity supporting foods while your body repairs.

I have Candida overgrowth, so I’m going on a strict diet for a while to help clear that up and repair my gut lining, but who knows what will happen after that?

Even though sticking to a strict diet may feel like an everyday battle sometimes, it might just be exactly what my body needs until I get the bigger stresses from my life handled first.

Being debt-free with a healthy savings account and free time to work on my hobbies would be an excellent outlook on life for me.

It’s about waking up every day only looking forward, as nothing else is holding you back in life anymore. You’ve met all your major responsibilities, so just relax on your porch, or keep going to work stress-free and create. The happiness in your heart and the sereneness of your mind will keep the rest of your body at ease despite what you put into it.

Or maybe you don’t have to reach anywhere in life, but actually start taking things away, as minimalists often do. Reducing your life down to just the bare essentials is an easy way to feel like you already have enough in life to live with fewer distractions and desires. If you’re not chasing that new thing, you can finally sit still and let life come to you.

Do whatever you need to do to simplify your life. Take care of the mind first, then wonder about your stomach.

See you on the Far Side – Monk Moon Base

Thanks for reading. Buy me a coffee to support the operation and suggest the next article topic. You can also like, comment, follow, and explore more of the Moon Base at the footer below.