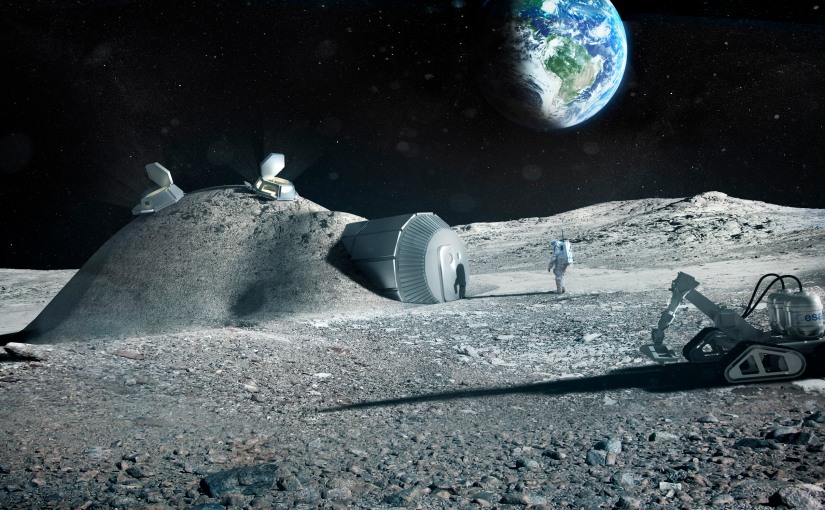 I appreciate every follow and view count I receive on my content, but as I said in my previous Personal Milestone Goals article, I can’t rely on numbers like that to gauge my success, fore those numbers are mostly out of my control.

The numbers I do control, however, are the amount of videos and articles I publish, and so I am celebrating making 10 videos and 25 articles!

If you haven’t seen my videos yet, check me out on BitChute and YouTube.

I’ve also been fortunate to receive some comments on my work, so I am shouting out my first viewers and readers, as well as offering bonus commentary on the source material.

Ahh. My first video, recorded while pacing back and forth in my room.

Under The Moon by Chad Marco is definitely one of my favorite tracks, and it fits the lunar theme of my channel as well. It is very likely to be a recurring outro theme, but I enjoy mixing things up as of late.

I was psyched about this comment because this guy double backed to this video after commenting on a different one to see what I was about.

Unfortunately, it was clear that he didn’t really watch my video, he just saw all the labels and acronyms I had in my title and he jumped on his soap box.

I can assure you that men who just went through a divorce are not seeking to self improve to get wrecked by another woman again.

I do agree with him on the Black Pill though, but not on dating & relationships! I’m a MGTOW Monk, and all my self improvement is not to get a woman, but to get out of the country, because my Black Pill is that America’s in too much debt and is going to hell.

Man. This was a boost. It’s a trip to be so young and be told you have wisdom!

The video was made only two months ago, but with all the new experience and refining I’ve done to my style, it feels so much longer than that! It’s so cute to see my early style once again. I even sounded more shy on the mic.

“The intuitive mind is a sacred gift and the rational mind is a faithful servant. We have created a society that honors the servant and has forgotten the gift” – Albert Einstein

The only law that’s stopping it is you can only have one legal spouse, and that’s why it’s called “polyamory” and not “polygamy”, because the latter denotes marriage while the former denotes love.

Great comment honestly, but once again, Black Pill guys don’t watch your content and just speak prematurely. I did concede that the 80/20 rule is likely in effect for online dating, but the point of the video was that online dating wasn’t real life. Of course women can follow the 80/20 rule online, in the same way I can troll you online. It’s online.

Probably my favorite comment of the thread, specifically because of the reply; Had to school the old man! There’s a lot of women out there, and they all have different schemes.

The last and 2nd favorite comment for this video.

I used to preach to Incel guys to just get escorts as well. TFM always says if you have $200 in your pocket, you’re not an Incel. I love that line.

But I’m not about that life anymore, as I’m currently hording my resources for a US escape plan. I also need more than an hour for sex, so the hobby would get too expensive! 😜

I got my first groupie and my first scammer.

And here’s my first BitChute comment, on Only Dating For Status!

I don’t think things are this bad, but they certainly can be, especially on college campuses. But being able to afford an attorney just seems like really sound advice. I don’t see why I should ignore it. Okay, I won’t date!

See, I was right!

And here is the final thread of the day. As you can see, I was banned for making this comment. I was actually agreeing with him about most MGTOW being Tradcons, but since he auto-hates MGTOW, he had to find a way to disagree with me. Here’s his response:

For someone who is “pro-male”, oddly he doesn’t realize that the big picture of this “idea of the past” means “when men were in power.” We live in a matriarchy now. How is that not a decline?

Mastering the decline means being a step ahead of the system instead of sinking with it. Adapting would mean finding new ways to still perform the same task, but I want a new way of life entirely.

We used to be a collectivist society with extended families being self-sufficient and not needing much of the government. Now we are an individualist society with widespread government dependence and intrusion.

Going back to the past would mean trying to use the old units of society (family). It’s time to embrace individualism (master the decline) and, I agree, take back power through collective action.

MGTOW is for men though, and hating it is anti-male. So, good luck dude.

Alright! That’s it for the comments. Very glad to be able to do this now, as one day there will be too many for me to keep up with!

However, if you ever have a topic you want me to cover, please consider supporting me by buying a coffee on Ko-fi.com

Brave protects you by:

But it also protects content creators from demonetization by building an ad-free future that pays you in crypto-currency for your attention, and not distraction: https://brave.com/moo427

Thanks for hanging out with me for this celebration! I’d love to see your feedback for the next one.