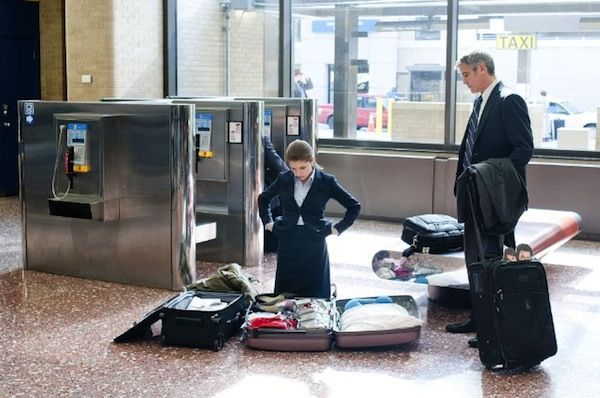 Minimalism is the simple practice and philosophy that one can live (more) with less. It’s a life, mind, and home stripped down to the bare essentials, which can have a variety of effects, ranging from aesthetic appeal and financial gains, to spiritual and mental clarity.

The Pareto Principle states for the average event, 80% of the effects will derive from only 20% of all sources. The rule was first published after economist Vilfredo Pareto demonstrated that 80% of Italy’s land was owned by only 20% of the population. The rule has been applied to many other cases as well, such as crime, income, sports, and even computer programming.

Minimalism and the 80/20 rule have a lot in common: It can be said that a minimalist reducing their possessions to the bare essentials is finding the 20% of their belongings that encompass 80% of their daily life activity.

The Mental Mobility claim is realized when a minimalist begins the process of auditing their own personality and belief systems. Let’s start out with the biggest belief system of them all: Religion.

I first used this dual doctrine on my Christianity practice. I stopped reading the Bible in my teens, realizing that I already received my useful 20% because all the most popular stories get retold in Sunday School.

As I’ve gotten older, I’ve used less and less of the stories and relied on just a few specific verses that produce 80% of my results:

“But seek ye first the kingdom of God, and his righteousness; and all these things shall be added unto you.” – Matthew 6:33

“For whoever has, to him more will be given, and he will have abundance; but whoever does not have, even what he has will be taken away from him.” – Matthew 13:12

A handful of verses isn’t really that close to being 20% of the entire religion, so this where I have applied the Mobility aspect, to not just restrict myself to one religion, but feel free to find the cream of the crop to encompass the most productive 20% of all Religions.

“Attachment is the root of suffering”

This is a Buddhist teaching.

I am also interested in Tai Chi which has connections to Taoism. Yoga has its roots in Hinduism. I practice Lent even though I was not raised Catholic.

“Adapt what is useful, reject what is useless, and add what is specifically your own.” – Bruce Lee

By reducing baggage, a minimalist frees up their options. If your whole life could fit into a suitcase or a van, than you could travel on a whim without anything holding you down.

Only take up what is useful, and scan for that 20% in all things.

Why claim a political faction? Find the 20% of policies that are most important to you.

Why be a die-hard for a sports team? Enjoy the 20% of players that dominate the league.

It might even be worthwhile to just start catching the highlights of certain events and videos now instead of tuning into the entire live stream.

I think you get the point.

Simplify your life, and always move freely. Don’t be tied down to anyone or anything, and go your own way.

See you on the Far Side – Monk Moon Base

Thanks for reading. I’d love having your feedback, and if you enjoyed this content, please consider supporting me by buying a coffee to suggest a new article topic, or leave a tip and explore more of the Moon Base further below.

This article has now been converted to video!

One of my favorite movies…

Mid-twenties, going my own way. Filling the gap of Monk Mode content within MGTOW. Other interests in art, health, fitness, meditation, esoteric philosophy and productivity. View all posts by moonbasemgtow